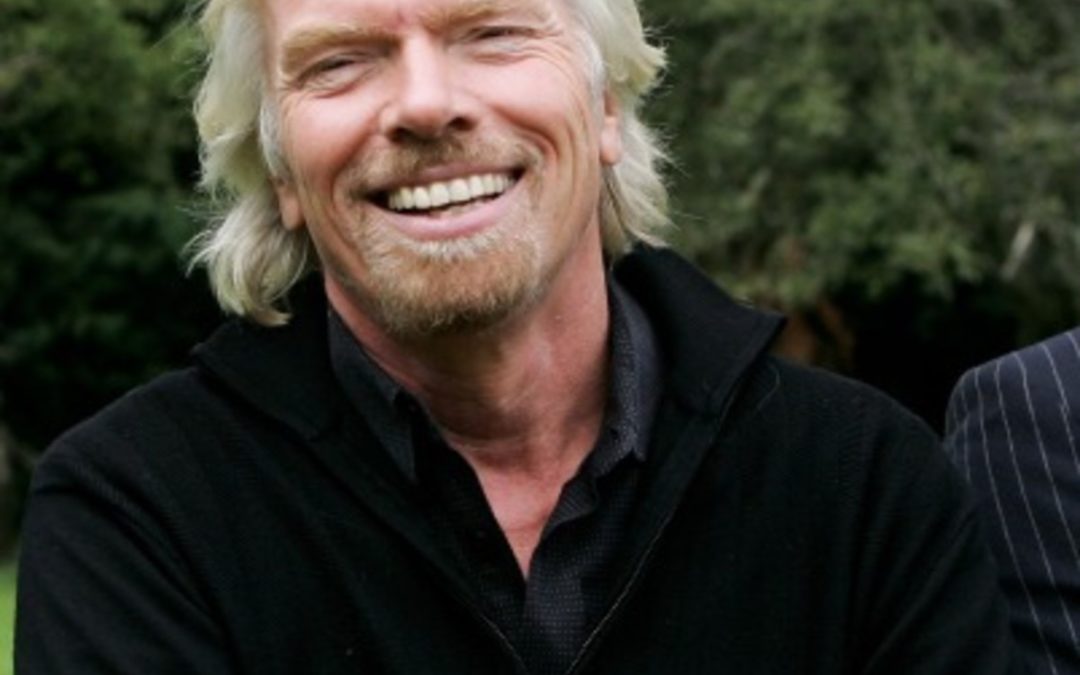 Even though lately the world seems to be filling up with billionaires, Sir Richard Branson remains a rare bird. When he is not ballooning around the world, astronaut training, or breaking world records, he’s setting the example for going green in big business, convening world councils to combat global suffering, and teaching people how to get rich – and give back. Even rarer-still, is a billionaire who is actually excited to share his secret formula, and help everybody else live a successful life too. That is what sets Branson apart, he is a 1%-er who gives 100% to others…very rare indeed, and certainly not an opportunity to be missed.

Richard Branson is the face, spirit and entrepreneurial mastermind behind Virgin, one of the world’s most dynamic brands. Credited as one of the world’s greatest brand-building visionaries, Branson has expanded his company into many diverse sectors, from travel to telecommunications, health to financial services, and music to leisure. There are now more than 100 Virgin companies worldwide, employing approximately 60,000 people in over 50 countries. Branson’s unconventional style of living is only a part of his undeniable talent for beating impossible odds in business and in life – a talent he is thrilled to share.

Crediting “fun” as his guiding life principle, Branson is also known for his cheeky, yet inspiring, world record attempts, including being the first to fly a hot air balloon across the Atlantic. Proving that one can “have fun while making a fortune,” he has become revered for his unconventional management style and uncanny ability to motivate his employees. Branson has also made it part of his mission to support global causes. With the help of Nelson Mandela he started The Elders, a group of eminent global leaders who come together to “promote peace building, help address major issues of human suffering, and promote the shared interests of humanity.” He is also the founder of the Carbon War Room, which works to increase the effectiveness of climate change efforts that are already underway.

The format of his enlightening, entertaining and some would say prophetic presentations, are ironically akin to the fireside chats of old. In them, he gets up close and personal with his audience – candidly and humorously sharing the real life experiences and inspiring visions that has brought him such unyielding success. As one might guess, his speaking style on stage is off the cuff, no-holds-barred, and no question is out-of-bounds. He is completely at ease and approachable, as he is quite confident that the knowledge he has to share is priceless. Like his many adventures and record-breaking attempts, he likes to “just have fun with it” with an inviting energy that audiences eat up. Listeners to Branson find themselves getting some of the best financial and personal advice they have ever gotten, delivered by a fun-loving billionaire who wants nothing more than to see others succeed as well – both in business, and in life.

Richard Branson is one of the world’s most colorful iconoclasts and one of the most requested and outspoken speakers on the APB roster. Famous for his daring entrepreneurial style, he oversees one of the world’s most popular brands – equally attributing his success to surrounding himself with good people – again setting the example that it is possible to having millions, and modesty, in the same lifetime. Today, Branson offers audiences a personal example of what they can achieve by incorporating a little fun and risk into their own business. It is also important to remember that Sir Richard was not born a billionaire – nor a knight. He started with the same motivation and potential as you, or any other entrepreneur out there, with the courage to jump into the deep end of life with an open mind, and a full heart.