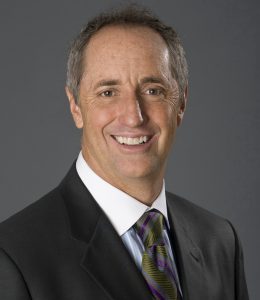 American sportswriter, Rick Reilly was born on February 3, 1958 in Boulder, Colorado. Rick Reilly is known for being the “back page” columnist for Sports Illustrated. Reilly moved to ESPN on June 1, 2008 and has won the national Sportswriter of the Year award 11 times.

Rick Reilly began his career in 1981 with the Daily Camera in Boulder, Colorado. He joined Sports Illustrated in 1985 and contributed a column for Sports Illustrated’s annual swimsuit issue. He hosts The Riffs of Reilly on Verizon VCAST and SI.com. Rick Reilly has become one of the most popular sportswriters in the industry because of his light-hearted human interest pieces in SI. His column on Sports Illustrated’s back page was called “The Life of Reilly.” His move to ESPN, where he will work on their magazine, website, and SportsCenter, was announced in October 2007.

Reilly officially left Sports Illustrated during the week of November 29, 2007, after 23 years with the magazine.

Reilly’s style is usually humorous, poking fun at the absurdities of athletes, coaches, and almost anyone involved in sports at any level. Reilly does have a serious side, and has written on many subjects, from small town heroes to his own personal life. Reilly has also done features, notably one about a week spent with Marge Schott that ultimately helped lead to her suspension from baseball. He has said in his columns that he doesn’t write about sports, but writes “about people IN sports.”

In 2002, Rick Reilly responded to Sammy Sosa’s assertion that he would “take a drug test if someone offered it to him” by spontaneously offering him a drug test after a game Sosa reacted by yelling and threatening him. Reilly then wrote a critical column the next week.

Reilly has also been a constant critic of San Francisco Giants star Barry Bonds, and Bonds has become a regular subject of his columns. Rick Reilly has ridiculed Bonds’ treatment of his teammates, his off-field behavior, and accusations of steroid use.