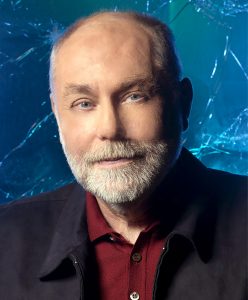 In 1978, an 18-wheel truck struck Robert Hall’s car and he was severely burned when his gas tank exploded, leading to the amputation of both legs. Today, he walks comfortably on two prosthetic limbs. It was his role as a burn survivor in Apted’s “Class Action” that most closely parallels his real life.

Mr. Hall’s appearance in Class Action led to television guest-starring roles in West Wing, Brooklyn South, Touched By An Angel, Promised Land, Love and War, and Highway to Heaven and recurring roles on L.A. Law, Family Law, The Practice, High Incident, and Life Goes On. He also appeared in the role of ‘Samson’ in the TNT Emmy-winning mini-series Andersonville, directed by John Frankenheimer.

In addition to acting, Robert Hall’s voice can be heard on hundreds of commercials, animated series and narrations. He also has a keen interest in music, playing the guitar, and performing with his band. For more than four years, he was the daytime voice and music director of KNX-FM, a legendary CBS alternative music station in Los Angeles.

“I’ve been a musician all my life, and it’s always been a dream to record my own songs. Last year with the help of my friend, Texas music legend Chris Wall, I achieved that goal. With the help of some great Austin musicians, I recorded Things They Don’t Teach You in School I wrote 7 of the songs, including the title track, co-wrote 2 more and had an incredible time putting the album together. It’s personal and I think the music falls somewhere in the ‘Americana’ music category. I’m proud of the work and I hope the public likes it,” states Robert Hall. The album, Things They Don’t Teach You in School, is due out in August 2009.

A devoted community activist and one of the most prominent disabled actors working today, Robert Hall proudly serves on the Board of Directors of the National Organization on Disability. He completed his term as a National Board Member of the Screen Actors Guild and is National Chairman of the Performers with Disabilities Caucus for SAG, AFTRA and EQUITY. He sits on the boards of The Mark Taper Forum’s “Other Voices Project”, and The Media Access Office. He is a member of the Mutual Amputee Foundation and often visits recent amputees.

California State Leaders honored Mr. Hall for his contributions as one of the Founders of I AM PWD (Inclusion in the Arts & Media of People with Disabilities). In January 2009, The Department of Fair Employment Housing Act (FEHA) celebrated its 50th anniversary by honoring four outstanding individuals who have broken, race, gender, sexual orientation and disability barriers to contribute to California’s rich history in diversity.

In spring 2008, Robert Hall presented New Zealand with the Franklin Delano Roosevelt International Disability Award at the United Nations and in 2005, he was honored to present the same award to King Abdullah II of Jordan. This award is presented to a country for their exemplary efforts to improve the lives of people with disabilities.

In demand as a public speaker, Mr. Hall spends time addressing a variety of organizations including The Youth Leadership Forum for Students with Disabilities, The Amputee Coalition of America, and the World Burn Congress. This summer he was the keynote speaker at the Vermont Governor’s Summit on the Employment of People with Disabilities. He specifically spoke to needs of young adults with disabilities transitioning into the workplace.

In 2007 Robert Hall was honored with a Lifetime Achievement Award from the American Association of Community Colleges. He received the 2006 Ivy Bethune Diversity Trailblazers Award from Screen Actors Guild and The 1998 Harold Russell Award from the Media Access Office. This award is presented to actors who serve as role models for other disabled actors.

In 2005, Mr. Hall and his C.S.I. cast mates won the Screen Actors Guild’s Actor Award for Outstanding Performance by an Ensemble in a Drama Series. C.S.I. received the People’s Choice Award for Favorite Television Dramatic Series in 2003, 2004 and 2005 and the TV Guide Award for New Series of the Year, in 2001.

Robert David Hall, who graduated from UCLA, lives with his wife in the Los Angeles area and is also the proud father of one adult son.