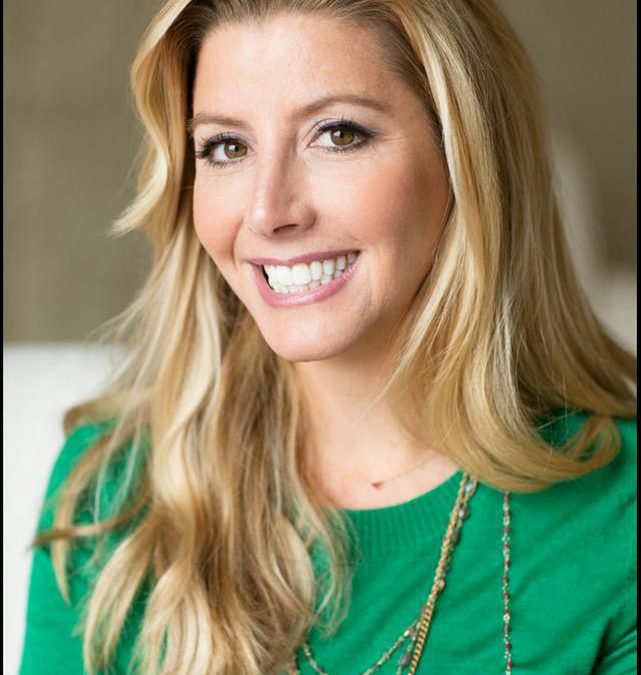 Sara Blakely wanted footless body shaping pantyhose to wear with her cream-colored pants and open-toed shoes, but she couldn’t find them anywhere. Frustrated consumer turned entrepreneur, Blakely took $5,000 in savings and began her adventure in the $2 billion male-dominated hosiery industry.

Two years later, with her first pair of patented footless pantyhose in hand, Blakely cold-called and landed the top retail stores across the country. Selling over 50,000 pair in its first three months from the back of her apartment, Sara Blakely’s SPANX revitalized an industry in a 10-year slump. Her SPANX footless pantyhose even captured the attention of Oprah and landed on Oprah’s ”Favorite Things” list.

Obsessed with creating comfortable, slimming garments that minimizes figure flaws, Blakely reinvented shapewear with innovative designs and smart features and won the hearts of fashion-loving women, from Oprah Winfrey to Gwyneth Paltrow. Spanx has developed and launched more than 60 styles – with names like Bra-llelujah, Two Timin’ Tights, Power Panties, Slim-Cognito, and Topless Socks – all designed to be innovative, comfortable, slimming, and stylish.

If you haven’t seen Blakely flashing her SPANX on QVC, you may have seen her jumping off of a cliff or sharing tea with Richard Branson 10,000 feet in the sky. Blakely appeared weekly on Fox, setting daring world-records, meeting Nelson Mandela, and leading successful business challenges as a cast member on The Rebel Billionaire: Branson’s Quest for the Best. As the first runner-up on the show, Blakely received a $750,000 check from Branson to pursue her dream to start a foundation to empower women.
Remaining self-funded and profitable ever since Blakely used her own savings to start the company, Spanx continues to show increasing profits, celebrating $85 million in retail sales in 2005. Spanx are sold in America’s finest upscale stores and boutiques in the U.S., including Nordstrom, Neiman Marcus, Saks Fifth Avenue, Bloomingdales, and Parisian, as well as upscale boutiques and retailers in the U.S., Canada, and the U.K.

As the leader of the shapewear revolution, Blakely wanted to find a way to share her slimming secrets with even more women, and that’s when Target came knocking. With the launch of ASSETS by Sara Blakely, a new brand exclusive to Target, the shapewear revolution will reach new heights. Blakely is thrilled to give better underwear options to women everywhere and to give back. A portion of each ASSETS purchase will go to The Sara Blakely Foundation, which is dedicated to supporting and empowering women around the world.

Blakely’s story and Spanx products have been featured on everything from The Oprah Winfrey Show, CNN, Forbes, E!, and Glamour to Vogue, People, InStyle, New York Times, Vanity Fair, WWD, and USA Today. Blakely has been named Ernst & Young’s Southeast Regional Entrepreneur of the Year and Georgia’s ”Woman of the Year.” Sara also sat on the panel of judges on the hit TV show, American Inventor’s, created by Simon Cowell. Blakely is a native of Clearwater, Florida, and a graduate of Florida State University.