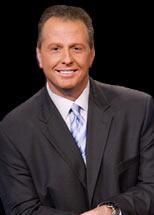 Prior to joining KBME, Salisbury, who played for a decade in the NFL and Canadian Football League, served as host of Houston-based Gow Media’s SB Nation Radio that was simulcast on beIN Sports.  He had been the host of “The Sean Salisbury Show” on beIN Sports since its debut in April 2017. Salisbury previously hosted shows on Gow’s KFNC (97.5 FM) and KGOW (1560 AM) since 2013.

Prior to his radio work in Houston, Salisbury served as an ESPN studio analyst for nine years (1997-2006), in addition to various radio hosting duties. He was hired as a consultant for the 2005 remake of “The Longest Yard,” and a role in the 2006 film, “The Benchwarmers.”

Salisbury was selected by the Seattle Seahawks in the 1986 NFL Draft and enjoyed a 8-year professional career as a quarterback before retiring in 1996.   Following his time in Seattle came stints in Indianapolis (1987), Minnesota (1990-94) and San Diego (1996). In between, he went to the Canadian Football League where he led Winnipeg to the Grey Cup in 1988 and was the league’s leading passer in 1989. Upon his return to the NFL with Minnesota he was named the NFL’s Player of the Week in 1992 when he threw for 386 yards against the Denver Broncos.

Salisbury took a season off and served as a football analyst for the Sports Fan Radio Network in 1995 before returning for his final year in the NFL with the San Diego Chargers in 1996.

After getting his start on the Comedy Central show “BattleBots,” Salisbury joined ESPN in 1997 as sideline reporter for college football games on ESPN2.  He went on to serve as a studio analyst on the network, appearing on a wide variety of shows, including “SportsCenter,” and “NFL Live” and “Mike and Mike in the Morning,” on ESPN Radio.

Salisbury was hired as a consultant for the 2005 remake of “The Longest Yard.” On the set, Salisbury taught Adam Sandler proper quarterback mechanics, cadences, and footwork. Sandler later offered him a role in the 2006 film, “The Benchwarmers.”  Salisbury also played himself in the 2008 film, “House Bunny,” starring Anna Faris.

In 2006, Salisbury began broadcasting on ESPN Radio 1000 Chicago with co-host Steve Rosenbloom. He also did guest spots on the ESPN Classic comedy series “Cheap Seats.”  After ESPN, Salisbury worked briefly for OPENSports.com and KRLD-FM 105.3 The Fan, the CBS Radio affiliate in Dallas.  In 2009, Salisbury provided commentary for the Lingerie Football League (LFL), which was broadcast on WBFS-TV and KDOC-TV; and streamed online at lflus.com.

Salisbury hosted a pilot for a sport comedy talk show called “Inside Sports: News You Can Almost Trust.” The show aired on Versus in January 2010.  After the pilot aired the show was retooled as a more serious “Inside Sports Unleashed,” which began taping in 2011.

In 2013, Salisbury became part of the Yahoo! Sports Radio network lineup as co-host of “The War Room” with John Granato.

Born March 9, 1963 in Long Beach, California, Salisbury graduated from Orange Glen High School in Escondido, Calif. in 1981 and was highly recruited during his senior year.   In 2007, his No. 12 football jersey was retired at his alma mater, an honor no other person in school history has ever received.   A standout quarterback at the University of Southern California (1981-85), Salisbury was a broadcasting major and was inducted into the Skull and Dagger society, which honors excellence for both academics and athletics.  He lives in Houston with wife Kimberly, and has three sons – Dodge and Dylan and Shea.