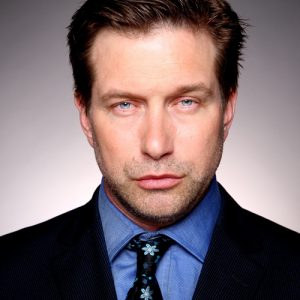 The youngest of the Baldwin brothers acting clan, Stephen is one of the few Hollywood actors versatile enough for key roles in everything from The Usual Suspects to Bio-Dome.

A Massapequa, NY native, he gained notice in his teens as a successful opera singer before pursuing acting at the American Academy of Dramatic Arts. Not long after, he was busy with roles in both film (Posse, 8 Seconds, A Simple Twist of Fate) and television (The Young Riders). Baldwin has appeared in over 60 films and been featured on such top-rated television shows as Fear Factor, Celebrity Mole, Ty Murray’s Celebrity Bull-riding and The Celebrity Apprentice. He has his own production company that is developing projects for television and the big screen. He is active in charity work for the AIDS Project Los Angeles, the Carol M. Baldwin Cancer Research Fund, Love 146, and the President’s Council on Service and Civic Participation.

These days, however, his role as director, co-producer, and founder of The Global Breakthrough Ministry- is bringing out his white hot passion for evangelism. He is the author of the New York Times best seller, The Unusual Suspect, and has written his first work of fiction, The Death and Life of Gabriel Phillips published by Hachette Book Group.