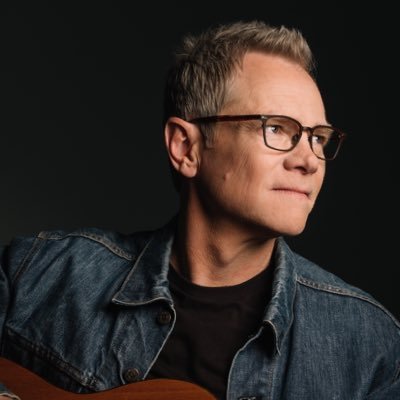 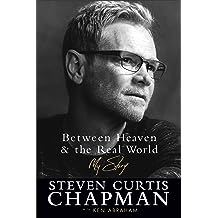 The first sound I remember as a little barefoot boy was my daddy’s Martin guitar and a 5 string banjo,” Steven sings in the opening track on his latest recording.

The backing soundtrack to Steven Curtis Chapman’s childhood was bluegrass music. Some of his earliest memories are of watching and hearing live bluegrass music with his dad on guitar and a couple of his dad’s best friends on the dobro and banjo. (Dobro player Jack Curtis Martin is Chapman’s namesake). When he was still a toddler, Chapman’s dad opened a music store in his hometown of Paducah, Kentucky. Following in his dad’s footsteps, Chapman developed a love for music and playing the guitar. “I learned to play all the instruments hanging on the wall in my dad’s shop just well enough to sell one,” Chapman recalls. For example, “I’d play a little bit of “Cripple Creek” and “Foggy Mountain Breakdown” on the banjo to show people what that banjo sounded like. Then I’d quickly hang it back on the wall since those were the only two songs I knew on a banjo!” Those early days surrounded by music were enough to not only pique the interest of a little boy, but to develop a celebrated career that’s impacted people around the world for more than thirty years.

Deeper Roots: Where the Bluegrass Grows, the newest project from Steven Curtis Chapman, harkens back to those younger days of hearing his dad play bluegrass and folk music as well as playing bluegrass tunes for music store customers. It’s a well-crafted collection of songs highlighting Chapman’s lifelong love for bluegrass and includes songs like “Great Is Thy Faithfulness,” “How Great Thou Art,” ”Victory In Jesus,” and fan favorites “Cinderella” and “Dive (featuring Ricky Skaggs)” which has transformed into a frenetic, joy-filled bluegrass breakdown. Another stand-out track is “’Til the Blue (featuring Gary LeVox),” a signature Chapman soul-filled tearjerker. Woven throughout the project is the faith-filled message fans have come to expect from Chapman, a lifetime love for Jesus standing front and center. Deeper Roots is also packed with guest appearances from family members and fellow musicians who hold a special place for Chapman including Ricky Skaggs, Gary LeVox (Rascal Flatts), Herb Chapman Sr., Herb Chapman Jr., Caleb Chapman and Jillian Edwards Chapman.

“Ricky Skaggs is a childhood hero of mine,” Chapman shares. “He really brought bluegrass into the mainstream and was inducted into the Country Music Hall of Fame this year. I never imagined I’d someday get to have him sing on one of my songs.”

While hints of bluegrass have always shown up in Chapman’s music, his goal with Deeper Roots is to more fully engage people in a genre of music they may not expect from him. “It’s a different landscape than it ever has been. Bluegrass elements are much more accessible now, even showing up in pop and alternative music, which I’ve been excited to hear. These songs are an opportunity for me to share some music and songs that are woven into the DNA of who I am creatively, and as always, my desire is to ultimately bring encouragement and hope to those who listen.”

The last track on the record, “I’d Rather Have Jesus,” is an appropriate close for the album. “My

Laced with family history, incredible musicianship and moments of soul-searching as well as abundant joy, Deeper Roots hits the right note for longtime fans and those discovering Chapman’s music for the first time.