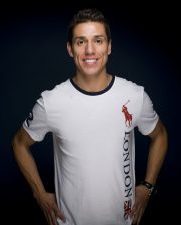 Olympic Speaker Steven Lopez, originally from Nicaragua, moved from New York to Texas where he first learned the sport of Taekwondo from his father at the age of five. His other siblings Mark, Diana and Jean are all USA National Team Members in Taekwondo. Steven, Mark and Diana all represented the US in the 2008 Olympics, which was the first time since 1904 that three siblings have been on the same Olympic team. Each of the siblings claimed a world championship title at the same event. The oldest brother, Jean is their coach.

Steven has appeared in the People’s 50 Most Beautiful People. Steven Lopez and his siblings have opened two Taekwondo Academies in Sugar Land, Texas and Houston, Texas. Steven Lopez is available for fundraisers, sports clinics and personal appearances.